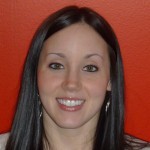 In the spirit of cyber security month, I’m going to touch on a few things security-related. First, credit card pads – everyone uses them. When you go to the grocery store, restaurants, etc., many times you use a credit card pad to put your pin into when you run your debit card. You typically don’t think anything of it, right?

Well, next time you go to put your pin into a credit card pad, remember this: rest your hand on all of the buttons, instead of just pressing the number keys for your pin. Now, I’ll explain why you should do this. Obviously, technology is advancing. When you think back 10 years ago, you wouldn’t think about buying a thermal image camera for less than several thousand dollars. These days, they make a case for the Iphone that takes a thermal image.
This case sells for a couple hundred dollars in any apple store. As you may have already guessed, someone with this case on their Iphone can take a picture of the credit card pin pad after you have used it (you’ll never even know it happened) and obtain your pin via the thermal signature your fingers leave behind on the pad. The “hottest” signature will be the last numbers pressed, which makes it very easy to see, through a thermal image, in what order someone pressed the numbers. This is why I said you should rest your hand on the pad. You’ll emit a thermal signature to many of the buttons, making it impossible for a perpetrator to figure out in what order the keys were pressed. Having this become but a thought in your head when you put your pin into a credit card pad could save your credit card pin number from being stolen. Also, this really only works on plastic/rubber pin pads. So if you’re thinking, “what about when I go to the bank to deposit/withdraw money?” – well, that is a metal pin pad. The thermal image doesn’t stick around after you touch the buttons.

Now I’d like to touch on one of the biggest problems: passwords. Please, please remember to change your password – and often! Not once in a few years, not “well, I have several different passwords so I don’t need to change.” You should be changing your passwords several times a year. Make strong passwords; these include upper/lower case letters, numbers, and symbols. A good example would be M1fjd&!k33, however most people may not remember that. So perhaps, you make it a phrase you’re familiar with and substitute characters in 7h@tsA5p1cyMe@tbA11 (See what I did there? If you didn’t, the phrase was “thatsaspicymeatball”). Both are secure passwords, although one may be a little easier to remember.

A few other things to remember when creating passwords, you should never use your spouse’s name, birthdays, addresses, phone numbers, or anything familiar to you that is easily obtainable information. One last thing: don’t EVER write down your passwords. Doing so is just asking to be hacked. If you’re saying “it won’t ever happen to me”, well it can. Actually, chances are, you’ve been a victim via a company being hacked, but that’s why you should guard yourself in the digital world as best as you can and secure your passwords.

We're a team of Certified Professionals with the expertise to design and implement technological systems that meet your needs.

Want Quarterly Updates From Us? Join Our Newsletter!